The Chief Magistrate said it was fair for the application to be heard since Nkalubo had filed it on time.

The Chief Magistrate said it was fair for the application to be heard since Nkalubo had filed it on time.

The petition filed by Lwemiyaga Constituency parliamentary candidate in Ssembabule district, Patrick Nkalubo (independent), has been referred to the Constitutional Court to determine its fate.

Nkalubo lodged the petition before the Masaka Chief Magistrate Samuel Munoba demanding a vote recount of the ballots from Lwemiyaga.

The Masaka Chief Magistrate had okayed the hearing of the application filed by Nkalubo in a ruling that met stiff resistance from Ssekikubo and his legal team led by Caleb Alaka and Medard Ssegona.

Alaka said he would appeal against the ruling on grounds that the Chief Magistrates Court did not have jurisdiction to prevail over the matter after the mandatory four days set for the hearing and disposal of vote recount applications.

"It's strange for this application to be cleared when the date set for the disposal of this case had expired. We are going to lodge an oral appeal against this ruling," said the lawyer. 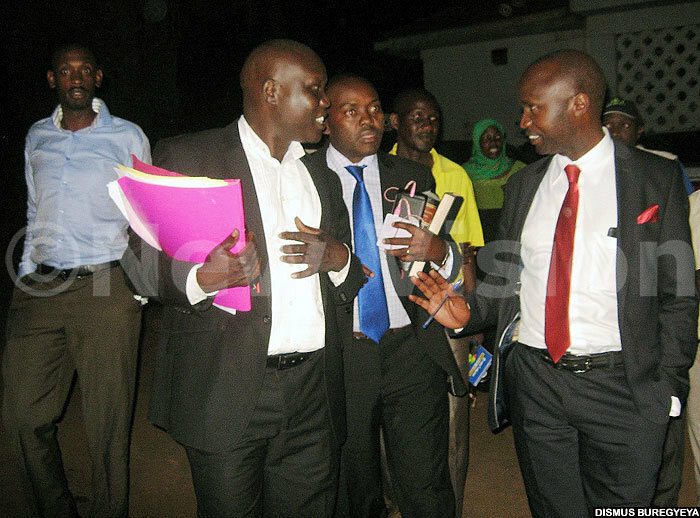 Court was sent into two adjournments for both parties to consult and reach an amicable solution.

Later in a closed session on Thursday,both parties agreed to refer the matter for the Constitutional Court to determine.

The Chief Magistrate said it was fair for the application to be heard since Nkalubo had filed it on time. He expressed concern that the Electoral Commission (EC) would not gazette Ssekikubo before the matter is settled.

Court also received a submission from the Electoral Commission that okayed the vote recount process to be conducted - a development Ssegona strongly opposed on grounds that it would be premature for the EC to make submissions before the hearing of the case.

The lead counsel for Nkalubo said the EC was responding to the affidavit filed by the applicant on the matter.

The magistrate took time to explain to supporters of Nkalubo and Ssekikubo in the local language Luganda to avoid interpreting his ruling wrongly.

He said the case was referred because it was complicated by the Parliamentary Election Act and the   issues related to fair play.

Champions get the right start